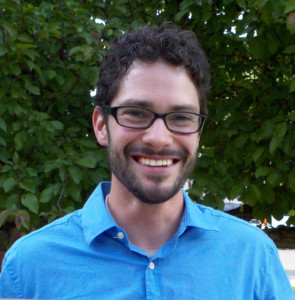 La Crosse, WI (February 3, 2017) – Following an extensive search, the La Crosse Promise Board of Directors has hired Brian Liesinger as their next executive director. Liesinger brings a wide range of experience, having worked as a journalist, educator, communications specialist, and non-profit CEO.

“In La Crosse Promise, I have discovered so many people—board members, community partners, and donors—all working together with a passion for making an already great city even better through a focus on education,” said Liesinger.  “What La Crosse Promise is doing for the community is inspiring, and I’m honored to have the opportunity to contribute alongside them,“ said Liesinger.

At Heart Mountain, he collaborated with a nationwide board of directors and grew an endowment fund, steadily increased participation in programs, and solidified partnerships with local and national organizations. In addition, he ushered in more than a half a million dollars in grant funding.

Liesinger graduated from Augustana College (Sioux Falls, SD) and received his master’s degree from the University of Minnesota. His experience also includes contributions as a guest lecturer, speaker, and professional workshop facilitator.

Liesinger fills the role left vacant after the sudden death of Jerilyn Dinsmoor last year. Dinsmoor’s leadership was instrumental to many early successes of La Crosse Promise. The most significant of those successes included the establishment of Future Centers in both Logan and Central High Schools, as well as a neighborhood revitalization program for La Crosse’s core neighborhoods.

La Crosse Promise is a non-profit organization working to economically transform La Crosse, Wis., and improve the quality of life for all citizens through a strong commitment to education. This transformation is taking place through a scholarship program for families that build, buy, or renovate a home in select La Crosse neighborhoods. In addition, its Future Centers provide career guidance and post-secondary education planning for high school students in the School District of La Crosse to ensure their future career success.